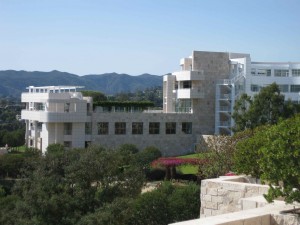 The Getty Museum in LA

I will likely never know what dream I had the night of January 6th, 2009.  But I do know that I woke up with a profound sense of purpose to get to an AA meeting and  to stop the madness of drinking that was killing me.  Nothing prior to it had worked.

However, here is a dream that I do remember.  A powerful dream that has changed my life in so many positive ways.

Prologue : I’m often at recurring places in my dreams.  While the characters and interactions differ from dream to dream, the place remains basically the same.  One such place that I have dreamt about on various occasions are the mountains just northeast of the Getty museum in Los Angeles California.  Specifically, in my dream place, there are hiking trails in those mountains and the mountains are somewhat taller than in reality.  In the past, I have hiked through these trails, and looked up to the tops of the mountains.  I have on multiple occasions tried to scale some cliffs or attempted to find a path to the very top of the mountains.  Ultimately I have always wandered around the tallest peaks and have never made it to the top of the mountain.  That is, until this dream.

The Dream : I was in California with some friends when I was pulled, or invited by someone to this place at the top of the mountain mentioned above.  Rather than hiking through trails or scaling cliffs to get there, I was simply brought there by some invitation and arrived from the east.  There were several builidings there, very similar to the beautiful buildings of the Getty museum.

This place was a spiritual place, and I realized that I would not have been there any other way except for the invitation that I had received.  I felt very honored and grateful to be in this place.

Soon there was a woman in one of the buildings I was in and she started teaching a form of meditative yoga.  Then there were several children that appeared that were apparently her students.  She was teaching these children seemingly impossible ways to limbo so low that these children could walk underneath a couch that was near me.

Suddenly I had a deep realization that this yoga was exactly what I needed in my life.  I had one thought that it would probably help me to achieve lucidity more often, though it didn’t dawn on me that I was actually dreaming at that very moment.

At the moment, I made a solid commitment to myself to practice yoga on a regular basis.

Epilogue : When I woke from the dream, I remembered the yoga commitment immediately.  And this commitment carried over into the waking world with absolute certainty.  Shortly after waking, I sent facebook messages to two of my friends that I knew practiced yoga.  One of those friends told me that she was just researching yoga classes for children the night before.  The second person called me on the phone to invite me to a yoga class that evening.  When I said to her “Oh, you must have received my facebook message?”, she said, “No, what message?”.  When I attended that yoga class, both of my friends were in the class.

While there was a long stretch where I did not practice yoga in 2010, I have since picked it up again in 2011.  I continue to have a strong sense that yoga will be a part of my life, for the rest of my life.  The two most recent classes I’ve attended have resulted in a euphoric feeling after driving away from the class.  I simply can’t imagine not making this a part of my daily life.