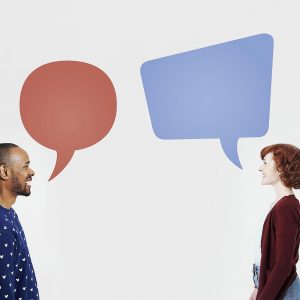 These are my personal rules of engagement if you wish to engage in political discourse with me.  It is my offering to others that may wish to abide by these or similar rules to help improve the experience, which has become nasty and downright aggressive and violent in recent election cycles.

Rule #1 : Be Respectful : No Ad Hominem.  I have a zero tolerance policy on this one.  Look, we all get upset sometimes and say things we regret.  I’m not asking for perfection from you.  However, if you do lash out personally, I will expect an apology from you, and an admission that you’ve overstepped a boundary.  Also, it is helpful to say something like, “I shall endeavor to refrain from Ad Hominem in the future”.  If you can’t abide by this rule on my wall, you will be blocked.  If you can’t abide by this rule on your wall, I will simply un-follow your wall/posts and not engage with you anymore.

Rules #2 : Fact Check : Prior to posting a link to support your argument, please do a basic fact checking search using your search engine of choice.  Research and studies are preferred over opinion articles.  Though opinion pieces do have their place, and are not strictly forbidden.  Here is a list of some fact checking websites.

Rule #3 : Listen : In the recommendations below, you’ll see reference to the Straw Man fallacy.  This is most often used/abused because someone has failed to actually listen.  They hear something other than what the other person has actually said.  Before responding with a knee jerk response, sit with what has been said and try and understand what has actually been said by someone, and not what you think you heard/read.

In addition to the above rules, I have some strong recommendations and considerations that I ask of people.  To truly have a constructive conversation, it is helpful to have a basic understand of logic fallacies.  While they do have a place in discussion and can’t be entirely avoided all the time, it’s important to understand how they hinder and undermine constructive discourse.  Please have a look at https://yourlogicalfallacyis.com/ for some basic information about logic fallacies.  Here are some of the most widely abused logic fallacies, with examples.

Fallacy #1 : Straw Man Fallacy : Misrepresenting someone’s argument to make it easier to attack them.  One of the most widely abuses of this was when Colin Kaepernick took a knee to protest police violence against people of color.  Many people accused him of disrespecting those in the armed forces, which actually had nothing to do with his views or his protest.  In fact, he took a knee, instead of completely ignoring the national anthem altogether as a way to show respect for the armed forces while still bringing attention to his concerns.

Fallacy #2 : Guilt by Association : This most commonly comes out when people use words like “Liberals” and “Conservatives”, or “The Left”, and “The Right”.  Also, even “Democrats” and “Republicans”.  This is one of the most divisive aspects of political discourse these days.  The moment someone is identified as falling into one of these groups, “listening” all but disappears.  There can be little constructive discourse when people are demonized by associating them with what is perceived as a nebulous group of bad, or evil people.  I make great efforts to avoid using these categorizations, and even steer clear of news outlets that rely too heavily on them in their reporting.

Fallacy #3 : Ad Hominem (extended) : By extended, I mean to suggest we ought to avoid Ad Hominem against the political figures we’re discussing.  The following name calling is childish and pointless.   Killary, Crooked Hillary, Cheeto anything.  I can’t believe this is a thing with supposed grown adults.

View all posts by Ash Powell →
Call Me Ash