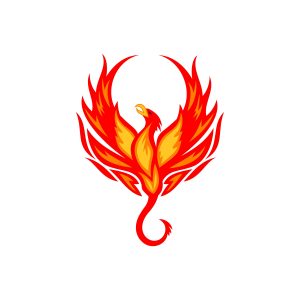 You can call me Ash. Yes. That is my chosen name for myself. To me, the name Ash has a deep connection to the Phoenix, rising from the ashes. It represents rebirth to me. It represents nurturing growth.

On more than one occasion in life, I have felt a change in my core. A change so profound, that the person I used to be is little more than a shadow, hanging on in the form of voices in my head, and sometimes reactive emotions in my body. These shadow voices and emotions, while definitely a part of who I am as a whole, often don’t represent the person I have become. The me of today wants those ashes from my past, and they also don’t define me.

Why today? Why now?

A few years back, I hinted that I chose a feminine identity for myself, without revealing that name unless asked. The reasons for doing that were many. It was an exploration into how culture had informed me what masculinity means and what it doesn’t mean. On one level, it was a way for me to explore what masculinity was in my core, and what parts were learned. It was my intention to shed the masculine identities and behaviors enforced upon me by culture, to adopt something more authentic and real. That meant exploring what femininity meant as well. It was also a way to explore more authentic ways to write from a female perspective. I sometimes write fictional stories when inspired to, and I wanted to be able to write from the voice of a woman. Choosing a feminine name to identity with was part of that exploratory process.

The name I strongly identified with was Aisling (Ash-Lin) Love. It roughly translates to Dream or Vision. And those that know me, know how important dreams and visualization are to my spiritual practice. Those that know me will get it.

All the times I had explored masculine names for myself, nothing ever seemed to stick. It was super hard to shed my given name in my mind for something else. So it always ended with me not finding a name that felt right.

A few weeks back, my employer and the team I was on collectively agreed to offer a lead developer role to someone with the same given name that I had. And there was some casual conversations about one of us finding a nick name to go by. That process also felt like nothing was sticking for either of us. And that’s when I decided to revisit the idea of a new name for myself. Not a given name, but a chosen name.

Since nothing from my past exploratory thoughts had produced results, I decided to explore something based off the feminine name I had previously connected with. And the answer was immediate and strong. Ash, from Aisling. It just rolled so smoothly for me to say that name. And the connection to the Phoenix and rebirth was immediate as well. It seemed to all come together in a single moment.

When I brought the name to my coworkers, they were immediately and unquestionably supportive. We happened to be in two weeks of training and team building, and the facilitators were absolutely fantastic at reaffirming the new name at every opportunity. They were calling me Ash in front of the entire office multiple times per day. So the name has sunk in with everyone I work with.

You can call me Ash. And, I also understand and honor if you have an attachment to me using my given name. I don’t hate my given name by any stretch. For now, there are no plans for a legal name change.

One Response to Call Me Ash