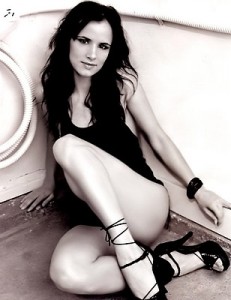 Prologue : I had recorded something in my dream journal for 30 days straight prior to having three lucid dreams in a row a few days ago, and two lucid dream on this night (3-Jan-2010 12:45am).  This is the first of two lucid dreams.

The Dream : I was in a Casino like mall, and somehow I ended up on an airplane by accident.  I was at a terminal/gate bragging to the stewards about a large vacation I was planning where I’d be earning enough free miles for even more travel time.  Yes, there were airplanes at this mall.  The stewards were so impressed that they let me on the plane to look around.  Before I knew what happened the plane had taken off and was already getting ready to land again.  I was trying to find a seat to buckle up in, but it happened so fast I didn’t have time.  I was able to watch the plane land as if I was in the cockpit, and the plane landed extremely fast and impossibly between two tall building.  It went nearly straight down and just bounced into the gate as if that’s the way it was supposed to land.

When I got off the plane, I was struggling to figure out a way to tell someone I needed to be taken back to where I was, and that this was a big mistake.  As I walked around the terminal I noticed some features that were identical to where I had gotten on the plan in the first place.  This is when I realized the impossibility of the situation and determined that I was in fact dreaming.

I took a second to orient myself and to ponder my next actions.  I quickly thought of the recent lucid dreams from a couple nights ago and immediately decided on two things.  I would not immediatly try to travel anywhere from this place, and that I would simply focus on reminding myself that I was dreaming.  I wanted to try and prolong the lucidity as long as possible.

I was thinking to myself how real this dream seemed, and that I still needed to do an actual dream check to verify for sure.  I reached out and touched a marble ledge on the wall to the right of me and ran my hands along the wall to see how it felt to the touch.   I said out loud “wow, this feels so real!” as I watched fish in a fish tank briefly turn to rock shapes before returning to the fish shapes they were.  This was my dream check and proved that I was dreaming for sure.

As I walked around a corner to the left, there were a few topless body builder men standing there talking and laughing.   Walking a little further I noticed even more body building men doing excersices on the floor.  I was apparently walking through a body building convention and it was getting a little crowded with this topless scary looking men.  I reminded myself that I was dreaming at this point as I had to jump over some of these men.  Sorry ladies for not including a picture of this part of the dream.  The pictures on google are a little frightening to me.  🙂  I also briefly thought of Experiment B, but decided I wanted to try prolonging the lucidity before trying the experiment again.

After jumping over a cluster of these men, I asked myself, “Where are all the pretty women?”.   I turned around another left hand corner, and as if answering my question, there were some women walking around.  Not so pretty at first (in my opinion), but eventually some pretty ones came into view.  I started to flirt with one of the women, and she responded by saying “whoa!” and let me know that she was not interested.  I reminded myself again that I was dreaming, and I had the power to do anything I wanted in this world, yet, I was not interested in doing anything to cause negativity or trouble even in this dream world.

As I moved on, another pretty woman appeared in front of me, and I casually placed my hands on her waist as she walked on.  She turned and smiled at me and said “Can I help you?”.  And I responded “I think so.”.   She smiled even more at this point, and her voice went up in pitch as she invitingly said “You think so?!”.  I recognized that voice for sure.  It was the voice and face of actress Juliette Lewis.

She grabbed my hand and led me around the next corner where there were less people around and embraced me gently.  Both my hands were now on her waist while she was facing me and looking at me with welcoming eyes and posture.  I took this opportunity to remind myself one again that I was dreaming.

Now, not because I’m a pervert or anything mind you, I decided that I wanted to see how real things felt in this dream world.  I watched as my hands slowly moved from her waist on up to cup her breasts.  And just to complete the test, purely scientific I assure you, I massaged them just a little.  Without a doubt, it felt as real as it would have in the waking world.  I focused on how real they felt through her black dress, and on the fact that I was dreaming and lucid.

Soon I was pressed hard against her body, and kissing her deeply.  My heart was beating fast and my breathing was deeper.

I’m not certain what caused it, but suddenly everything stopped.  I was still aware of what had just taken place, but I was no longer in the dream, and I wasn’t exactly awake yet.  After a second or two I felt the strong precense of my physical body.  I could hear that my breathing was labored and heavy.  I could also hear my heart beating extra fast, not to mention noticing a few other physical characteristics caused by the dream.

I decided it was time to wake and write it all down in the dream journal.  My opened and I noticed that I had a huge smile on my face.

Epilogue : A few things I determined from this dream.  I believe that a few things I do while in a lucid dream are causing my lucidity to end prematurely.  1) I believe that closing my eyes causes my lucidity to reset.  Whether I’m meditating, or just concentrating of being somewhere else, this causes the dream to stop, or reset, or wake me up.  In this case I kissed someone, and I always close my eyes when I kiss.  Either no kissing allowed, or I keep my eyes open during the kiss.  2) Increasing my heart rate is a sure fire way to wake me from the dream.  3) Reminding myself that I’m dreaming on at regular intervals is a very good thing.  In past lucid dreams I would quickly forget I was dreaming and fall back into letting the dream control my actions, rather than my actions influencing the dream.