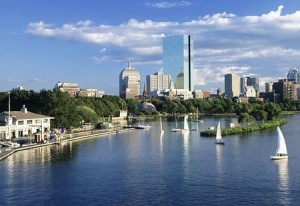 The Dream : I was in an apartment complex at a friends house, and I was suspecting that I was dreaming, but I’m not entirely certain I was lucid exactly.  It was as if I was in my friends dream, and discussing his dream with him.  Then someone came in and we followed him, a young boy upstairs to the ninth floor to appartment 903.  My friend was asking the boy if he was with his twin sisters.  I told my friend something about me having experiences in dreams with twin siblings as well.  Thouhg as I write this I fail to remember any such dreams.  We were all sitting at tables in this apartment, and celebrating the holidays together.  There were actually four, no five women that looked almost identical.  They looked very much like my ex mother-in-law.  But then their faces also morphed into a woman from an earlier dream that someone had been trying to set me up with.

After a while I ended up laying down in a bed with everyone at the gathering.  It was a huge bed, and there were some other beds or sleeping areas as well.  I know I wanted to be lucid, so I concentrated on that when I laid down.

Then I found myself outside in the hallway of this apartment complex, and I was lucid.  I focused on remaining lucid and keeping my heart rate down.  I thought only briefly of Experiment B, and believed I needed to take baby steps to that kind of traveling, since I kept failing in past attempts.  I had decided after my earlier lucid dream how I would proceed.

I reminded myself that I was lucid, and  not to close my eyes, and not to get my heart rate up.  I turned to face the wall and look as closely at one small section of wall as possible.  Then I imaginged that I was somewhere completely different.  Though because the walls were pink with silver glittered decorations, it was very difficult to think of another place withthese types of decorations.  When I turned around nothing in the hall had changed at all.

I decided to try a different approach of just flying to my destination, rather than trying to just be there.  I reminded myself I was dreaming, and to keep my eyes open and my heart rate down.  I got a running start at an outer wall.  It took two attempts, but I finally burst through the wall and began gliding closer to the ground, actually the water.  Suddenly it was bright outside and there were palm trees and boats below.  Nothing like the dark apartment complex I immerged from.  I soard in the general direction of where I wanted to go.  Swooping through power lines and over trees and water.  Normally around this time I would have lost lucidity.  But I think keeping my eyes open, and my heart rate down was working.

The destination I was heading for was certainly not my home in the real world.  It was some sort of apartment that I lived in, in the first level of dream that I was in.  I was in a dream within a dream.  As I was approaching my destination there were helicopters and air planes that seemed to want to shoot me down.  I ignored them, confident that any bullets would pass right through me in this dream.

Also, I could hear a voice narrating the situation to me.  I think it was my own voice/self narrating to me.  At the half way point, I reminded myself that I was dreaming, and to keep my heart rate down.

I flew around one last building before spotting my apartment (dream apt) on the other side.  I was on the 16th floor of the building and it was a small room, pretty much like a hotel room with only a bathroom in it.  I decided to enter the same way I had left the other building, but flying right through the wall.  Again it took me two attempts before I was standing next to a bed that I thought to be mine.

For some reason I had lost track of any of my plans or experiments at that moment.  I was entirely impressed withyself for having travelled such a long distance without losing my lucidity or resetting the dream.

Suddenly I had an incredible urge to go pee.  So I decided to perform one last test.  Would peeing in this dream lucid dream cause me to pee in my bed.  Past experience told me no.  I could pee in a dream without doing so in the physical world.  So I went into the bathroom that had everything pink by the way, and I went pee in the toilet.  I returned to my bed and decided to end this dream as a successful experiment, and to write it all down.  So I concentraded on waking up, and I found myself back in that huge bed with all the other people in apartment 903.  My shifting about caused them to all wake up.

To my disappointment there was a wet spot in the bed where I had been laying.  In the parent dream of a dream within a dream, peeing did happen in the parent level.  (note that it did not happen in the physical world  thought, as I suspected it would not).  Apparently though, I did not realize I was still dreaming.  I ended the dream within the dream but not the dream itself.  I ran off down the stairs telling y friends that I needed to record the dream I just had in my journal.  But what I didn’t know is that it would have to wait until I really wok up.  I don’t recall what happened in the parent dream after this, but I’m glad I remembered the lucid part of the dream within the dream.

Epilogue : I have a new idea for traveling in future dreams.  I’m giong to find the nearest opaque wall.  I’m going to focus my thoughts that on the other side of the wall is my bedroom in my home where I am likely sleeping.  I’m going to focus on the fact that walking through the wall will place directly at the foot of my bed in front of my wardrobe.  Since I can’t see what’s on the other side of the wall at all, it should be a brand new environment, hopefully conjured up entirely from my focus only.  At least that is what I’m hoping.