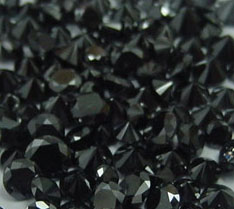 Prologue : My sister has been living with a rare form of cancer for more than two years now.  I had just visited with her for a few hours, and we were talking about some recent test results that her doctor did not think were good. But from my sisters perspective (and mine) there had seemed to be some positive aspects of the results.  She was a little disappointed that her doctors view was not similar to her own.  We talked about transformations in the body, and about what her next steps for treatment may or may not be.  Well, at least I felt we were talking about transformations of the body.  🙂

Before laying down for this afternoon nap, I set the intention to help heal her body from cancer in my dreams.  I also sent her an email of a conversation I had  remembered with an herbalist about cancer a year ago.  Before falling asleep, I prayed for her well being.  I asked the universe for the strength to clear my mind of any selfish thoughts so that I could be focused entirely on helping my sister.

The Dream : I was in a dark city that mildly felt like Hollywood California.  I was sure that Cato (my 5 year old son) was close, and that perhaps he needed help.  Someone spiritually close to us was with him and taking care of him.  Though I got the idea/impression that he was not in the best place to get the help he needed.  Somehow I got the idea that I needed to cut the power to the building he was in, so that they would be forced to move him to another/better location.

The brick building was about 3 stories tall, and I walked around to the far side of the building and approached the intersection.  I walked up to a power line and easily pushed it over.  The power line was immensely huge, but toppled like a tree being uprooted by a storm.  As I continued around the building, I noticed that power had been cut to several of the neighboring buildings as well.  I had succeeded in my mission.

As I arrived back at the front of the building, my sister walked away from the front door toward me.  She was smiling and calm.  She said that they had taken Cato elsewhere, and that he was safe.  She said that he wasn’t in the best place possible, but the place he went was definitely an improvement over this place.  I envisioned him in a 5 story, more modern building about 10 blocks away.  I could see it from where we were.

As I spoke with her, night became day, and the city became a grassy field in a park.  Cato’s safety seemed certain, and we began talking about the cancer instead of him.  As I watched her talk, black diamonds began to form around her body.  It was like she was wearing a black diamond dress that clinged to her entire body.  Not in a sexual way, but more like it was a natural part of her body.  She was actually very beautiful, and I did not feel this transformation that was taking place within her was a bad thing.  I got the feeling that the transformation was something amazing.  The entire time, she was smiling and calm and we were enjoying our conversation.

For a brief moment her attention was directed at a group of spirits, or people that were only a few feet away from us.  There must have been a dozen or so spirits next to us.  When my sisters attention returned to me, she said that the group next to us was getting ready to begin a very focused praying session for her health and well being.  The group floated away to begin their session.

During this conversation in the park, I felt like I was scooping different flavors of ice cream from somewhere, onto cones, and/or into bowls.  This process also felt like a transformation of some sort.  Wherever this ice cream was coming from, it was not originally ice cream until I scooped it onto the cones, and into the bowls.

Epilogue : One of the visioning techniques I had thought of for helping to heal my sister was that I would envision myself lifting the cancer out of her body.   I suspect that possibly that focus may have caused the ice cream imagery in this dream.   It became something positive as it was removed/scooped out.

My dreams are very important to me.  I feel that we connect to our spirituality, the universe, and god more deeply in our dreams than is possible in the waking world.  While perhaps I can not be responsible for healing cancer in my dreams, I feel that it can act as a strong form of prayer.