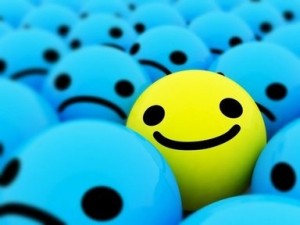 There is a common saying that people use when they start their day out a little grumpy, and proceed to have a really bad day all around. They will often say that they woke up on the wrong side of the bed. I’ve had this feeling many times before. I wake up with this inexplicable feeling that something just isn’t right. On occasion it has been so severe that it could be described as a feeling of dread at even crawling out of bed and starting the day.

Sometimes this feeling may cause you to feel negatively toward a friend or loved one, for no apparent reason.

I offer this possible explanation, with a solution. Within the last few hours of sleep, you have had a bad dream that has caused you to feel this way upon waking. Perhaps you have had a dream that your spouse or significant other has cheated on you, which may cause you take it out on them in the waking world.  Maybe the dream was that you were being forced to do something you didn’t want to do, or that you were trying to get away from someone or something.

Imagine the power of recalling such a dream upon waking.  When you have the knowledge of why you are feeling bad, it is a much easier prospect to move past the bad feelings. Whether the feelings are anger, resentment, or sadness, knowing that they were caused by a dream can go a long way to letting those bad feelings go. In some cases, remembering how ridiculous the dream was can actually make you laugh and turn the emotion completely around.  Turning the emotion around has happened to me on several occasions in the past year that I’ve been recalling my dreams.

A follow-up post is in the works with a first tip/technique on recalling your dreams.