By Ash Powell on December 12, 2010 in All, Dream Signs, Experiment, Flying, Lucid 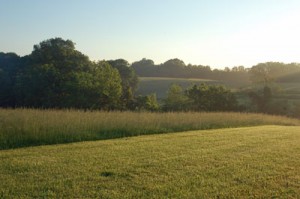 Prologue : Two nights before this dream I had formulated Experiment B.  An experiment where I would try to astral project from within a lucid dream.  About one month prior to this dream, I had visited my old home town of Kodiak Alaska where I stayed in a Bed and Breakfast that my Sister in-law referred me to.  The B&B sat just above a lake and the channel where fishing boats came into the city from trips.

The Dream : I was at the Bed and Breakfast in Kodiak Alaska that I stayed at last month.  There are many details prior to this that I could write about here, but I’ll stick to the parts just before becoming lucid and to the point where I lost lucidity.  I was apparently trying to evade a group of about 4 or 5 young men that wanted to hurt me.  There was a parking lot on the back side of the house, a lot that did not exist in the real world.

As I was heading out to the parking lot, and my car, I realized that I had powers.  I knew that these guys couldn’t touch me.  This seems to be a normal precursor to lucidity for me.  These powers must serve as a dream sign.  As I approached my car, I began to hover or glide across the parking lot with increasing speed and grace.

When I got to the drivers side door, I could see that the hood of the car was open.  I continued past the door and around the front to find steam coming out from under the hood.  I knew that I would not be taking this car anywhere.  But it just didn’t matter anymore, because I had the power.   I flung myself around the front of the car, almost like a satellite uses a planet for a gravity assist to gain speed.  I came out from around the other side of the car and shot up into the air over the heads of my pursuers.  As I passed them, they winked out of existence of my dream world.  They held no more power or meaning to me.

Somehow I became lucid at this point.  The way in which I’ve become lucid the past two times has been far less blunt than in the past.  It’s almost as if I am transitioning into lucidity slow and fluid like.  It is like I knew I was dreaming from the very beginning, so there is no shock or surprise in becoming lucid anymore.  It just is.  Don’t me wrong though.  The excitement and slightly euphoric feeling involved in becoming lucid is still there.

I remember thinking in my last lucid dream that I had a goal to get somewhere.  That would be Experiment A.  And I remember that I could not fly fast enough to get where I wanted to go.  This is why I came up with Experiment B.

As I contemplated Experiment B, I thought about flying down to a tree and beginning the experiment.   But I realized that I was flying super duper fast, and thought to myself that perhaps I could get somewhere just by flying there.  I think that I came to the idea that I would fly to the old childhood home that I grew up in.

I was flying incredibly fast over these green and yellow grassy fields.  These fields were in the area of the Kodiak College where I used to pick salmon berries growing up.  Though there was no college, and there were no homes over the span of several miles as I flew.  There was only beautiful grass lands and marsh.

There were hundreds of trees that I could have stopped at, at any given moment to begin the experiment.  But alas, I was having so much fun speeding over the top of the grass and trees that I neglected to concern myself with the experiment.  Also what I failed to realize was that I was flying from a location closer to the supermarket in Kodiak, rather than away from the B&B I had started the lucid dream at.  I was actually heading full circle back to the B&B where I started the lucid dream in the first place.  Lucidity did not enable me to make this connection and change course.

As I approached the lake below the B&B, I mentally lost track of the original destination of my childhood home and focused on the lake and the B&B.  I swooped down to the side door where I knew there was a garden and springs of fresh water running through.  At this point, parts of the pre-lucid part of my dream started creaping back into my dream, and the lucid part of the dream began to fade away.

After looking around the garden for about 30 seconds or so, my lucidity completely left me.  I was once again a participant in a dream.  The people who lived there invited me into their home and we started talking about their garden and what it is that they do.  The people at the B&B were about 10 years younger than the people at the B&B before the lucid section of the dream.  I was no longer in the same time at the B&B as I was before lucidity.

Epilogue : Clearly I need to stay more focused in the lucid dream if I have any hope of performing an effective experiement.

In my conversation with my dreamer friend a few days ago, he mentioned that he has far more luck in staying lucid in his dreams when he is calm and meditative.  He mentioned that flying around and being excited is a quick way to lose your lucidity.   I obviously did not take his advice to heart in this lucid dream as I ignored my intention to meditate.  Instead, I continued to fly around really fast and revel in the excitement of being lucid.